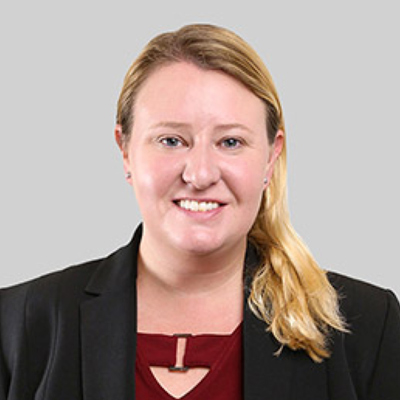 Kristen centers her practice on complex litigation, with an emphasis on class action, antitrust and mass torts. She also has substantial experience advising clients on complying with U.S. and international regulations, consumer protection issues, data privacy matters and technology management.

An experienced litigator, Kristen has represented clients as plaintiffs and defendants before federal and state courts and before the Federal Trade Commission. Her clients span a number of industries, including health care, payment card, construction and residential mortgage appraisal.

Prior to joining Fox Rothschild, Kristen was a member of the business litigation group of a national law firm.

In law school, Kristen served on The George Washington International Law Review and was a research assistant to Professors Jerome Barron and Sonia Suter. She was also a member of the Mock Trial Board and the Moot Court Board. Kristen received the Judge Albert H. Grenadier Award for Excellence in Oral Advocacy and was a finalist in the International Law Moot Court Competition

While in college, Kristen served as news editor of The Declaration! newsmagazine. She was also an Echols Scholar and received the Faculty Award for Leadership in the Pursuit of Social Justice.

Kristen teaches courses in legal and ethical issues in cybersecurity and information assurance as an adjunct professor at the University of Virginia School of Continuing and Professional Studies and at Capitol Technology University in Washington DC.

Kristen also serves as the Treasurer of the Board of Directors for Wildlife SOS, a non-for-profit organization committed to protecting wildlife in India.